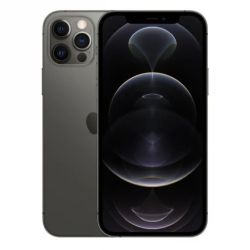 Déblocage iPhone XR - It took 11 days but they did unlocked it. iPhone Xr locked on to Cricket USA. Also I have ti say that it was a good price for the service, other providers charge almost three times more. Required a lot of patience but I can now use my simcard, no rsim and most important I can update my phone always.

Déblocage iPhone 6 - One of the most simplest ways to unlock your phone. I am in Germany and needed my iPhone unlocked so i could use it on any network. Now i can use it on tmobile. Thank to you guys i am now able to use my phone without having to pay for the unlock code from the regular company.

Déblocage iPhone 6S Plus - Thanks. My phone is good now.

Déblocage iPhone 8 Plus - Men, I don't beleieve, two days.. Awesome. Thanks so much. by Julio fron Brazil. muito obrigado mesmo ;-)

Déblocage iPhone 6S Plus - Great service, only took a few days and boom Received an email saying my phone was unlocked, now I can use any carrier. Very satisfied with this service.

Déblocage iPhone SE - I was very skeptical of this service, but I just confirmed that my SE is actually unlocked. It took some time and patience, but it worked out in the end.

Déblocage iPhone 5S - Thank you very much, but it took log time...

Déblocage iPhone SE - Had an IPhone SE locked to Cricket. Paid for unlock service on Thursday morning and was unlocked very next morning Very Happy Customer

Déblocage iPhone 6S - Honestly, I thought there was about a 10% chance this would work. Every cell phone repair/unlock store in the Washington DC / NoVa area said it wasn't possible to unlock a Cricket iPhone to be used on AT&T if the Cricket account hadn't been paid for at least 6 months. I specifically chose this online site because they accepted PayPal and I could dispute the transaction if they didn't unlock it as promised. Surprise They cleared the code about 9 days later and my AT&T sim card now works on the iPhone. I went from a worthless iPhone 6s which was locked to Cricket to an unlocked iPhone which I just sold for $225, more than I paid for it, including the unlock fee. Thank you